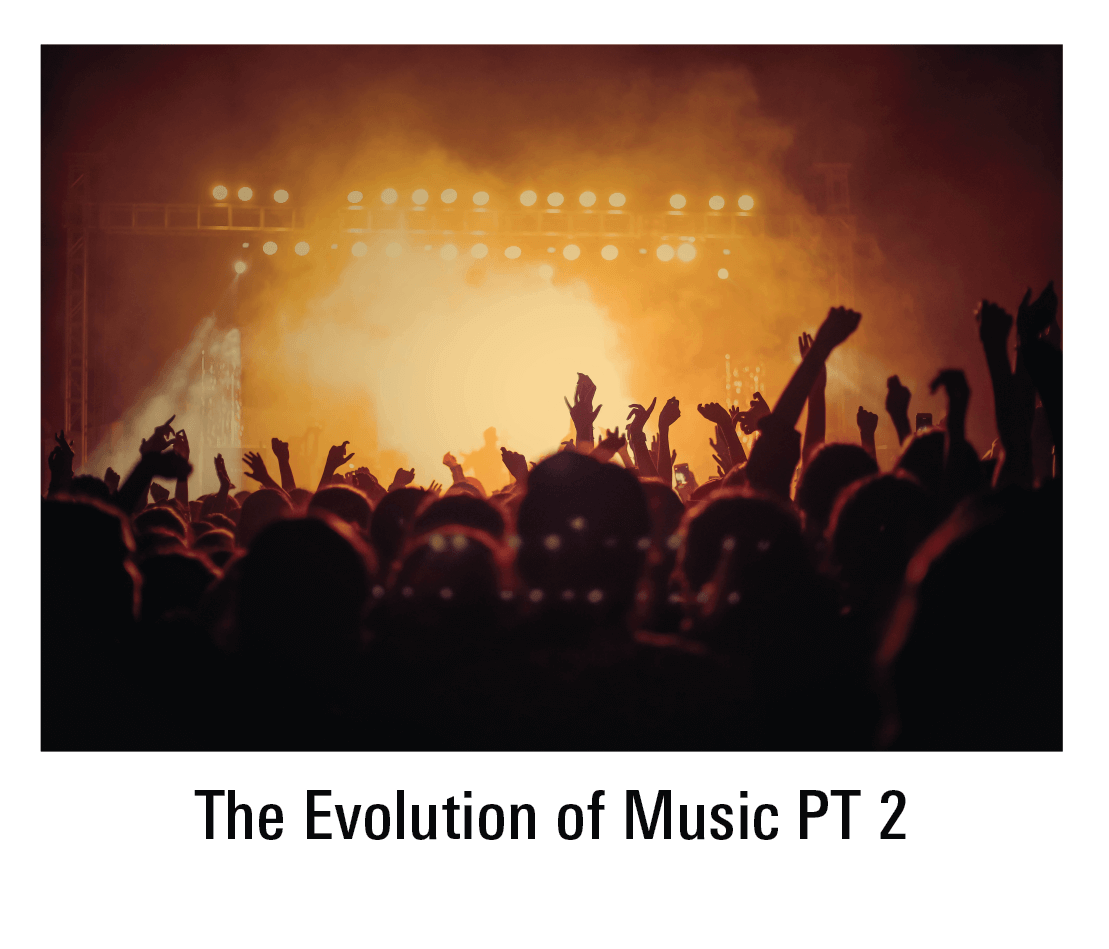 The Evolution of Music – Part 2

In the previous article, we had a look at the evolution of music from prehistoric times until the height of classical music. In this article, we will learn more about the history of music, with a focus on some of the genres that have shaped the most popular music in modern history.

In the late 19th and early 20th century, a form of music known as the blues was born in the Deep South of the United States. It had roots in spirituals, work songs and folk songs brought to the United States by slaves. Work songs were commonly sung in fields and were born from a need to communicate emotion and intent even without a common language, as the slaves were all brought in from different African ethnicities. Spirituals were African American gospel songs, with structural similarities to work songs but with more Christian content.

Go Down Moses, a spiritual

Blues music is believed to have started in the 1870s but the history is unclear because of a lack of documentation, mostly due to the racial discrimination of the time. The earliest documented piece of blues music is most sheet music for the song “I Got the Blues” by Antonio Maggio in 1908. In 1912, Hart Wand and WC Handy published the sheet music for their songs “Dallas Blues” and “The Memphis Blues” respectively. A few years later, Mamie Smith became the African American singer to record music with her rendition of Perry Bradford’s “Crazy Blues”.

Blues music is characterised by a repeating progression of chords which mirror the call and response structure of work songs, spirituals and folk songs. The lyrics were traditionally 12 bars with an AAB structure, which can be described as a “question-question-answer” structure. The genre has continued to evolve over the centuries and is still existent in the form of many sub-genres. A good example of the blues’ AAB structure would be Robert Johnson’s Crossroads Blues:

I went to the crossroad, fell down on my knees

I went to the crossroad, fell down on my knees

Asked the Lord above “have mercy, now save poor Bob, if you please”

Jazz music draws its origins from the blues and was born a little while later in the African-American communities of New Orleans. It has many of the same influences as the blues. It is an interpretation of American and European ideas of classical music but enriched with African folk songs, work songs and spirituals. It is a highly improvisational genre and this has resulted in the musical form becoming very diverse.

Between 1920 and 1933, America experienced a Jazz Age, a period of time during which jazz music experienced a surge in national popularity. This was because during the same time Prohibition Law was in effect, barring the sale of alcohol. The only places people could get a drink were illegal speakeasies, which would play host to lively popular music.

The term “Rhythm and Blues” was created in the early 1950s to replace the name “race music”, an umbrella term that referred to most of the music made by African Americans at the time. The newly defined genre of music was a mostly upbeat form of popular music that combined blues and jazz. The name and the music became more prominent in the 1950s but the genre had been in existence since the 1940s.

The genre is characterised by the music’s typical dependence on four-beat measures or bars and the liberal use of a backbeat, in which the second and fourth beats are accented in each measure, creating the “rhythm”. The lyrics and melodies were often sad or “blue”, particularly during the genre’s formative years and this was rooted in blues music. The combination of these two defining characteristics gave the genre its name.

Some of the most prominent names of the R&B era include Ray Charles, Little Richard and James Brown. The genre has persisted and evolved to the present day, where it emerged and gained prominence with a hip-hop infused sound, recreating the genre as contemporary R&B. Some of the more popular artists in this genre include Usher, Mary J Blige and Alicia Keys.

In the mid-60s, a rhythmic and danceable new form of music was created and it was named funk. It has its roots in a mixture of jazz, R&B and soul. It is an aggressive and urban form of dance music driven by syncopated bass lines, drumbeats and accented by a variety of instruments, all working in rhythmic counter play to achieve a “groove”.

James Brown is credited with the creation of the funk sound. He developed an innovative signature groove that was soon adopted by other groups such as Sly and the Family Stone, the Meters and Parliament-Funkadelic. The genre quickly began to evolve and diversify, giving rise to variants such as psychedelic funk, avant-funk, funk metal and electro music.

Hip-hop music also called rap music, developed in the United States around the late 1970’s. It consists of stylized and rhythmic music that commonly accompanies rapping, a rhyming chanted speech. Hip-hop music is an integral part of the hip-hop subculture, which also incorporates graffiti, breakdancing and being a DJ.

Hip-hop music was born in the poorest districts of New York, where young and unemployed youths of African-American and Latino descent were creating an underground counterculture of breakdancing and graffiti art. Some of them would find employment in discos where they learnt skills such as using two turntables and a DJ mixer to play records non-stop. On occasion, they would also DJ at block parties in their neighbourhoods, playing funk and disco records. They would have a friend act as an MC, who would introduce the DJ and encourage the crowd to have a good time. Some MCs tried to be entertaining by speaking in time with the beat of the music and also rhyming, thus inventing rap.

Hip hop has risen from being an underground counter-culture to being prominent as one of the most popular forms of mainstream music. Globally, it has inspired thousands of artists and the birth of other subcultures. It heavily influenced R&B to create a more contemporary form of the genre and the two have become heavily intertwined.

Each period of musical history gave rise to branches and offshoots of music that became incredibly popular in their own right. Music has been responsible for uniting people to a common cause, soothing the collective hearts of entire nations and even challenging corrupt politics and oppressive political systems.

Of late, a new movement of rap known as “Woke Rap” examines contemporary social issues, speaks out against corrupt systems and seeks to enlighten the listener as much as possible. On his 4:44 album, Jay-Z explores the subjugation of African-Americans and the music video examines black stereotypes using black and white cartoons. Eminem’s Untouchable voices ardent support for the Black Lives Matter movement with some fiery lyrics that criticise police brutality and the increasingly frequent police killings of African-Americans:

Our cards are close to our chest, you better show your hands

And put our minds more at ease

Or get shot in the thyroid, comply or die, boy

Tryna clean up the streets from all these minorities

There is no doubt of the impact that music has had on the social, political, religious and economic fabric of society. Yet despite the scale of its reach, it can still be wonderfully intimate and personal.

Enjoy the music you love, uninterrupted. 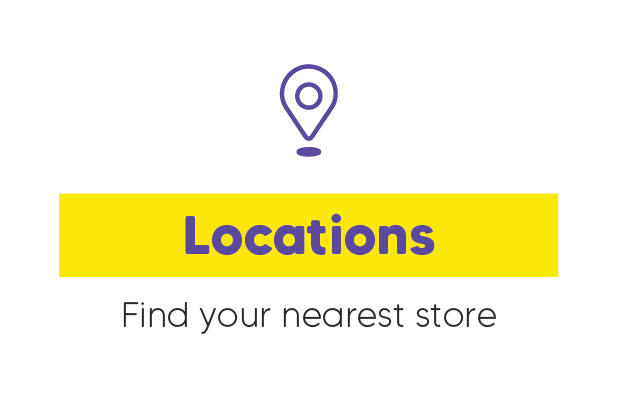 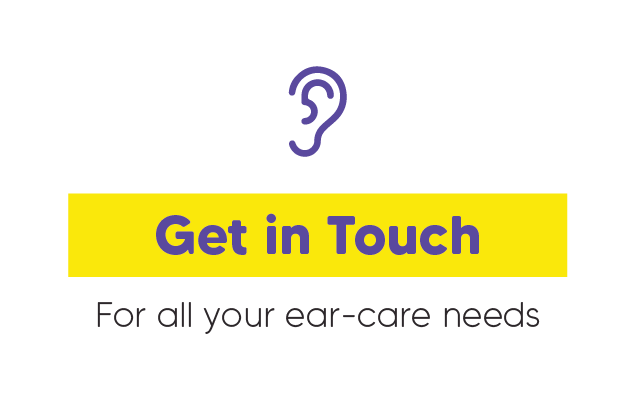